Tottenham boss Jose Mourinho has ruled out using Gareth Bale as a striker as he prepares for a spell without the “irreplaceable” Harry Kane.

Kane suffered injuries to both ankles in the first half of Tottenham’s 3-1 defeat against Liverpool on Thursday and did not appear after half-time.

Spurs were nervously waiting to find out the extent of the problem on Friday, aware that Kane has had several long spells out with ankle problems in the past.

The England captain will miss Sunday’s trip to Brighton, leaving Mourinho with a dilemma over how to replace a player who scored or assisted 23 of Tottenham’s 34 Premier League goals this season.

Bale, who has operated as a striker in the past, might have been an option but Mourinho said the Wales international would not be used in that role.

“Harry Kane is Harry Kane, you know,” Mourinho said. “There are players in some teams that are not replaceable.

“The position that he likes to play is the position where we are playing him every minute we give him, which is the right side of the attack.”

Bale has been underwhelming so far this season following his loan return from Real Madrid, but after playing his first 90 minutes in the FA Cup against Wycombe on Monday, Mourinho says it is time for the 31-year-old to step up.

“It is a crucial moment for him, he is feeling better and better,” Mourinho said.

“Of course when you lose a player of Harry’s quality and dimension, the other guys have to step up. Hopefully he can help us.”

Carlos Vinicius, who was signed from Benfica on loan as cover for Kane in October, is another option in the centre forward role, but he has only been given 25 minutes of action in the league so far. 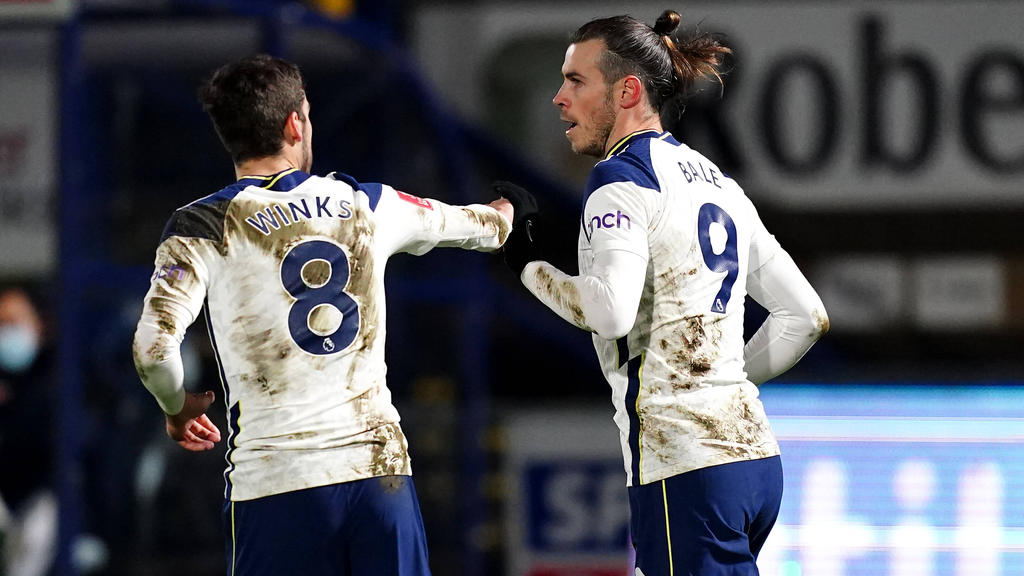