Solskjaer’s side weren’t at their best but still had the main chances in a scrappy clash at Anfield on Sunday.

They had to settle for a point after Alisson’s brilliant stops kept out close-range efforts from Bruno Fernandes and Paul Pogba in the second half.

United are two points clear of second placed Leicester and three ahead of third placed Liverpool.

“It’s only a good result if we win the next game. It was an opportunity missed with the chances we had but then again we were playing a very good side.” Solskjaer said.

“I think we grew in the game and toward the end it was there for us to win. We created two massive chances and it was two brilliant saves by the keeper.

“It’s not just the result we’re disappointed with, it’s some of the performance. I know these boys can play better. We have improved and progressed.”

Top of the Premier League at this stage of the season for the first time since 2013, United’s trip to Anfield was billed as a chance to show their unexpected emergence as title contenders was not a flash in the pan.

Injury-hit champions Liverpool, now without a win in four league games, had to play midfielders Fabinho and Jordan Henderson at centre-back, making them more vulnerable than usual.

But Solskjaer conceded United lacked composure at times and struggled to impose themselves in the first half.

“We were stronger towards the end. We didn’t start at all in the first half. We didn’t have any composure or try to impose ourselves,” he said.

“I thought Paul (Pogba) was absolutely brilliant. We knew he had to do a job defensively to help us with (Andrew) Robertson. I thought he was excellent and should have got the goal his performance deserved.

“Fair play to Liverpool. With two central midfielders at the back and to defend as well as they did shows their quality.” 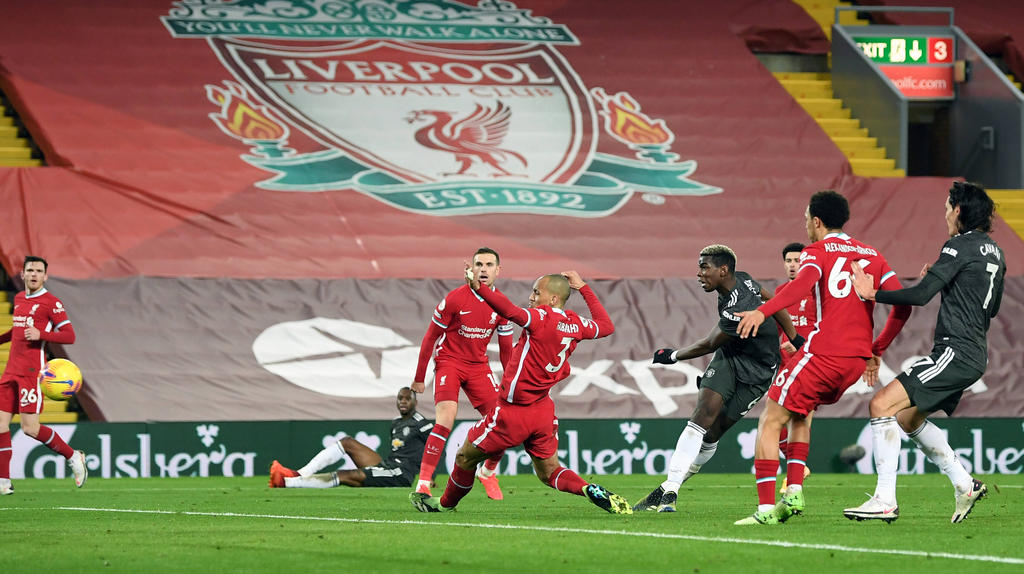 Mourinho rules out using Bale as striker during Kane absence