Despite an impressive rise to prominence over the last 18 months, Mount has had to endure jibes from critics who claimed he was only given a chance because he was a favourite of Frank Lampard.

Mount played for Lampard on loan at Derby in the 2018-19 campaign and was given his Premier League debut under Lampard once he took over at Chelsea the following season.

With Lampard forced to rely on Chelsea’s academy prospects due to a transfer ban, Mount was rarely left out by a manager who appreciated a focused approach that belied his tender age.

It was Southgate’s selection of Mount instead of the more flamboyant Aston Villa midfielder Jack Grealish that especially infuriated the Chelsea star’s doubters.

Suddenly forced to defend himself against social media claims he was a “teacher’s pet”, Mount handled the ludicrous criticism with dignity.

Lampard held Mount in such high esteem that he made him the youngest player to captain Chelsea since John Terry when he skippered the Blues against Luton in the FA Cup in January.

Ironically that proved to be Lampard’s last game in charge as Tuchel replaced the sacked Chelsea legend just days later.

Mount had started the previous 10 games, so when Tuchel left him on the bench for his first match against Wolves, it was interpreted as a sign the German would end the perceived favouritism.

However, that first impression was deceiving and Tuchel has come to rely on Mount, who is flourishing under the former Borussia Dortmund and Paris Saint-Germain boss.

Mount’s importance to Chelsea was underlined by his superb finish in last week’s 2-0 Champions League quarter-final first leg against Porto.

When he was rested for the recent Premier League clash against West Bromwich Albion, Chelsea lacked his drive and were thrashed 5-2 in the first defeat of Tuchel’s reign.

Mount’s next chance to take centre stage comes in the return meeting with Porto as Chelsea look to reach the Champions League semi-finals for the first time since 2014.

Tuchel acknowledged Mount’s growing value to a team hoping to finish in the Premier League’s top four and win the Champions League and FA Cup this season.

“The finish was clinical, it was excellent from Mason. He has the quality to do this, and in a quarter-final it is a big step for him and a big help for the team,” Tuchel said.

Mount now has eight goals and five assists this season and is the youngest Chelsea player ever to score in a Champions League knockout match.

Encouragingly for Tuchel, Mount knows he still has plenty of room for improvement.

“I’m always working on my finishing. I don’t think you can work on it enough,” he said.

“In training, I’m trying to shoot as much as I can because that’s always a part of my game where I can improve on and score more goals.” 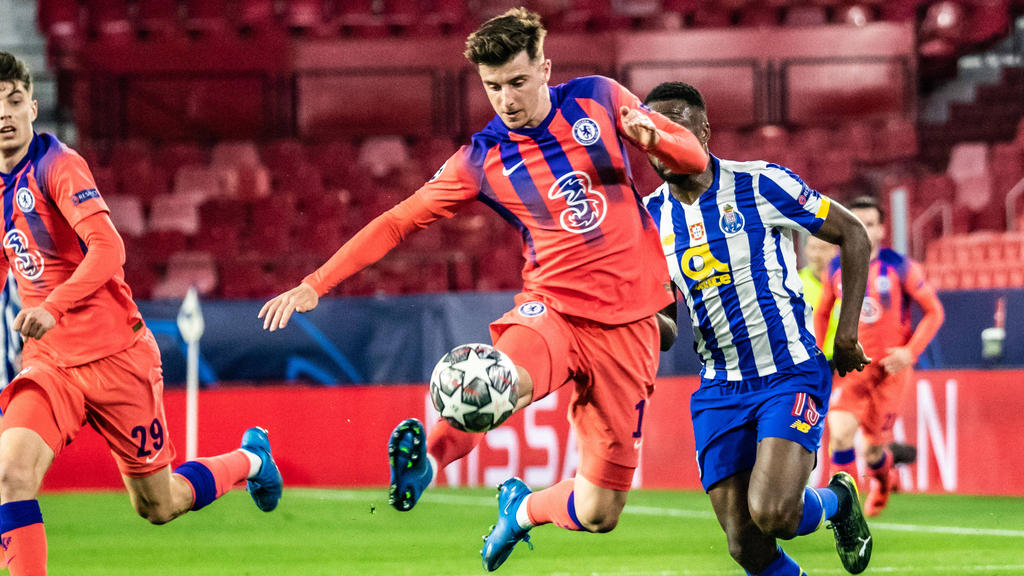