Jurgen Klopp has warned Liverpool that having strength in depth is no guarantee of success as the Reds boss insisted his side are “not the Harlem Globetrotters”.

Klopp believes his current Liverpool group is the best he has coached in his glittering career.

The wealth of talent available to Klopp was underlined on Wednesday when he sent on Luis Diaz, Roberto Firmino, Jordan Henderson and Naby Keita as substitutes in the Champions League last 16 first leg win at Inter Milan.

Liverpool’s all-star squad ranks among the world’s best and they remain in the hunt for the Premier League title, as well as the Champions League, the FA Cup and the League Cup.

But, referencing the Globetrotters basketball team that defeats hand-picked weaker opposition in exhibition matches, Klopp made it clear it is the attitude and character of his players that will define their bid for silverware this season.

“You have to fight and not think about how good we could be. We are not the Harlem Globetrotters. There are a lot of really good teams and squads out there we have to battle with,” Klopp told reporters on Friday.

“No-one is happy with being second; reaching a final is great but if you lose, everything is nothing any more.

“I’ve answered the question five million times but we talk constantly about the squad.

“My opinion is clear: top squad, best I ever had, but it is more important what kind of mood in the team and stadium you can create to get results.

“You don’t win a Champions League away game against Inter Milan because you are good, you win it because you want it with all you have and that’s what we did.”

Liverpool can reduce the gap to Premier League leaders Manchester City to six points if they beat struggling Norwich at Anfield on Saturday.

That would put pressure on City when they host Tottenham in Saturday’s evening kick-off.

“Of all the problems I have, the smallest one is what you said about City. There is no day in the week, no minute actually, when I think about that,” Klopp said of the title race.

“We have nothing to do with that, we only have to win our games and see if we come closer or not.

“Outside of that we fight for a Champions League spot and for that we need to win games and if we want to go further in cup competitions or win the cup, then you have to win games.”

Klopp will be without Diogo Jota against Norwich after the Portugal forward suffered an ankle injury in Milan.

Jota was pictured wearing a protective boot at the match and Klopp said: “He will not be available (for Norwich) but the extent is still not clear.

“We need further assessment. It’s something with some ligaments in and around the ankle, but not the ligament, some others.” 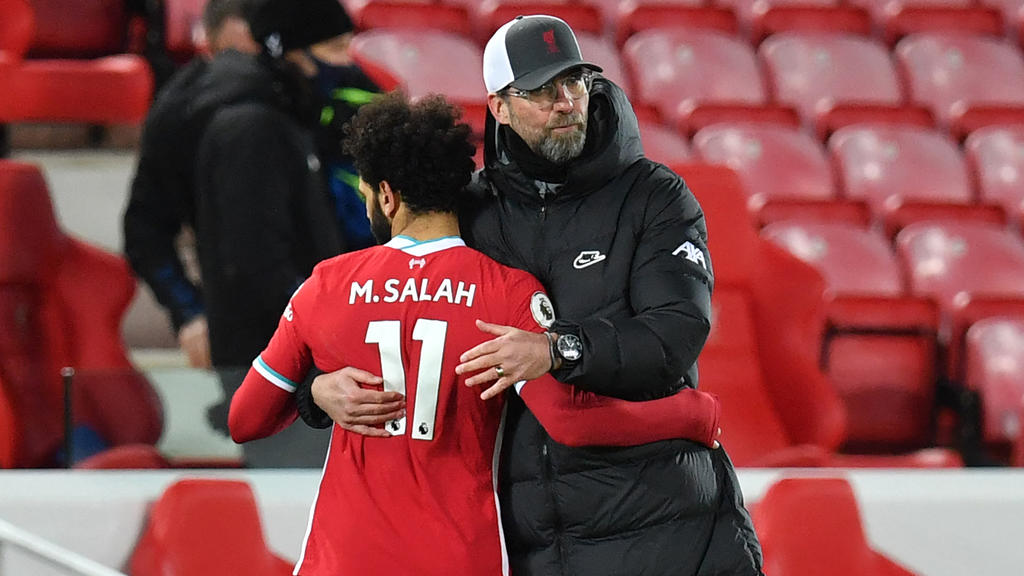